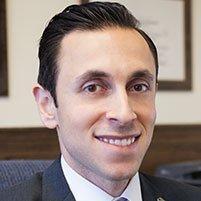 Crohn's Disease and Colitis Q & A

What is Crohn's disease?

Colitis is a chronic bowel condition that causes inflammation and sores in the large intestine, or colon. Unlike Crohn's disease, ulcers or sores that occur in the mucous lining of the large intestine are restricted to the inner lining and do not extend to the deeper layers of tissue. In most cases, symptoms develop over time and may include abdominal pain or discomfort that's usually restricted to the left side, bloating and rectal bleeding during bowel movements.

The exact cause of IBD is not known, but researchers believe a faulty immune system may play a role. In this scenario, a “trigger” causes the immune system to malfunction and attack healthy bowel tissue.

How are Crohn's disease and colitis treated?

Both Crohn's disease and colitis are treated using drug therapy, often involving several types of drugs. The most common medications used in treating inflammatory bowel disease include anti-inflammatory drugs, antibiotics, immune suppressants and medications to treat specific symptoms, such as anti-diarrhea drugs, pain relievers and nutritional supplements. The aim of treatment is to reduce inflammation that causes damage and to limit complications that, in some cases, can be life-threatening. In more advanced cases where the bowel has become severely affected, surgery may be necessary. When treatment is successful, many patients can experience long-term remission of their disease and symptoms.

For your convenience, we've created a short list of the providers we accept. If you do not see your insurance provider listed on our site, please call our office to confirm coverage.

Words from our patients